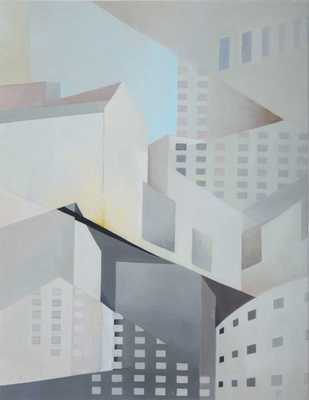 Zoe Zenghelis was born in Athens, Greece. She studied painting and drawing with Orestis Kanelis. In the 1960s she left Greece to study stage design and painting at The Regent Street Polytechnic, London.

It was a period when many art and architecture students had tutors strongly influenced by the Modernist Movement. Ultimately she and her fellow graduates went on to fly the flag of Modernism themselves, now absorbed seamlessly into the contemporary art and design of the day.