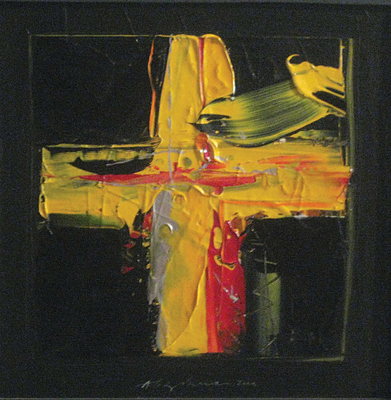 Apostolos Yayanos was born in Tripolis, Arcadia in 1945. In 1960 he moved to Athens. Between 1965 and 1967 he studied Applied Arts at the A.T.I. with A. Tassos, Helias Decoulatos and Dimitris Mytaras. Later between 1971 and 1973 he studied painting with Helias Decoulatos. Yayanos has realised many solo exhibitions in Greece, France, Belgium, UK, Spain, Italy and Cyprus. He has also illustrated books by Greek authors. In 2003 he published the novel "Good Bye Forever". His works can be found in numerous public and private collections in Greece and abroad, notably: The National Gallery, Athens, The Vorres Museum and The Frysiras Museum of Art.
Apostolos YAYANNOS