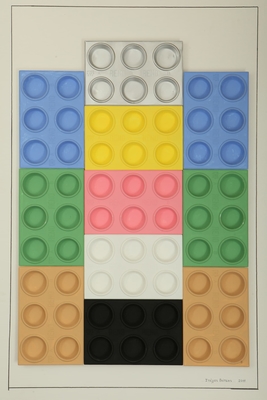 Votsis was born in Larnaca. He studied Fine Art in London at St. Martin’s School of Art, Sir John Cass College of Art and at the Royal Academy. In 1955 he graduated from The Slade School of Art, University College London. He lived and worked in Nicosia. On his return to Cyprus after his studies, he exhibited widely in Cyprus, Greece and internationally. Most notable being his participations in 1967 and 1971 at the Alexandria biennale, in 1968 and 1972 at the Venice biennale, in 1969 at the Sao Paolo biennale, and in 1969, 1973 and 1975 at the Ljubljana biennale. In 1973 Votsis was awarded the Ruskin prize in drawing.
Apostolos GERALIS