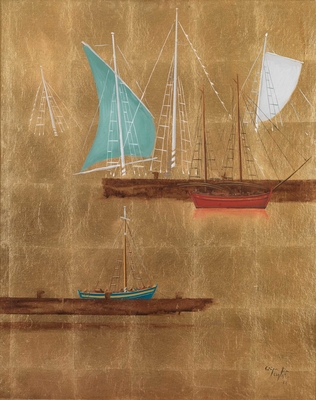 Vassiliou studied at The School of Fine Art, Athens in the workshops of Alexandros Kaloudis and Nikolaos Lytras.

In 1975 and 1983 his work was presented in retrospective exhibitions in The National Gallery, Greece. Vassiliou was a member of an important community of Greek artists in the mid-20th century, and was known as one of the first Greek pop-artists.