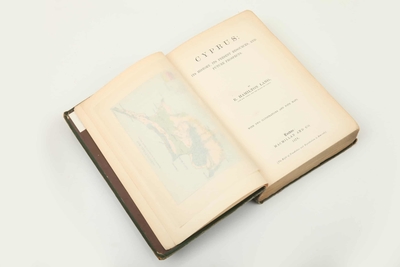 Cyprus: Its history, its present resources and future prospects

In 1863 Lang was appointed manager of the Imperial Ottoman Bank in Larnaca.

During his time in Cyprus, he also served as Acting Vice-Consul of Cyprus and as full Consul from 1871 until his departure for Cairo in 1872, to run the bank’s operations there
Samuel WHITE BAKER, Sir