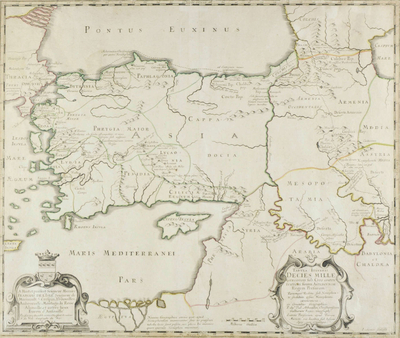 Paris, 1653
image only 40.5 x 48 cm
including the border 44 x 56 cm
This map shows the region conquered from Cyrus the Great, founder of the Persian empire and refers to an episode during the Greek Peloponnesian war when 10,000 Greek soldiers having been stranded deep behind enemy territory after many hardships managed to return home largely intact.


From the estate of Taylor Garrison Belcher, former US Ambassador to Cyprus.