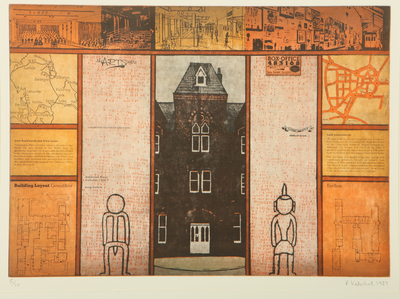 Kalorkoti’s early work, mainly prints, emit particular sensitivity, keen observation and enlightened, yet slightly melancholic skepticism, which is typical of those who have had, by choice or necessity, to settle in places and cultures that differ considerably from their native one. He has a track record of more than 15 solo exhibitions in famous state and privately owned spaces in Britain, The Netherlands, Greece and Cyprus and he has participated in major group shows in organisations such as The Royal Academy, The ICA, Whitworth Art Gallery, Barbican Arts Centre, Whitechapel Art Gallery, National Portrait Gallery and Museum of Modern Art, Oxford.
Maria PAPACHARALAMBOUS