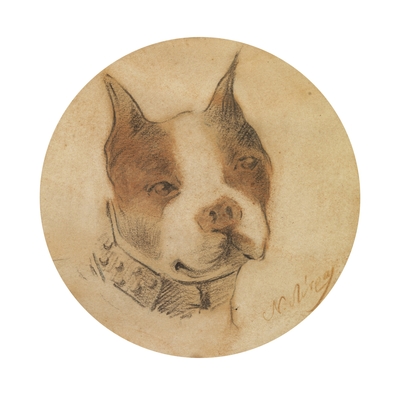 Nikiforos Lytras was born on the island of Tinos in 1832. At the age of eighteen he moved to Athens to study at The School of Fine Arts, where he completed his studies in 1856. Later in 1860 on a scholarship from the Greek government he went to Munich to study at The Royal Academy of Fine Arts. There, he was taught by Karl von Piloty. During that period Lytras focused on historically themed paintings. His subjects were inspired by Greek Mythology and history. In the summer of 1865 before returning to Greece he met Nicholaos Gysis in Munich and together they studied the masterpieces of German Museum collections. On his return to Athens, Lytras became a professor at The Athens School of Fine Arts in the department of painting, a position he held for the remainder of his life. Together with Nicholaos Gysis, he travelled to Asia Minor in 1873 and Paris in 1876. After returning to Greece, Lytras worked on portraiture, still life and everyday scenes. Lytra’s paintings on everyday life correspond with the ideology against the ruling class at the time. His trips to Asia Minor and Egypt informed his paintings in depicting children of colour and other elements of Anatolia. During the final period of his life he painted many scenes that explored aging, loneliness and fear of death. In 1879 he married Irene Kyriakidi, the daughter of a tradesman from Smyrna, together they had six children. Lytras was one of the greatest Greek painters. His contribution in almost forty years of teaching was also of great importance, as he not only influenced younger generations, but was involved in the school’s restructuring. Lytras died at the age of 72 (in 1904), after a brief illness that is believed to have been caused by chemicals found in paint.
PAVLOS (Dionyssopoulos)