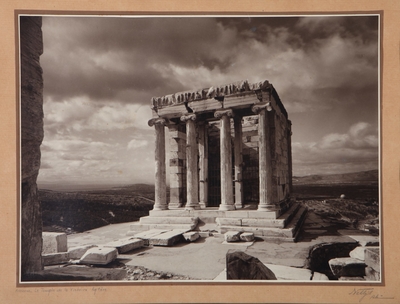 The Temple of Athena Nike (Ναός Αθηνάς Νίκης) is a temple on the Acropolis of Athens. Built around 420BC and designed by the architect Kallikrates, the temple is the earliest fully Ionic temple on the Acropolis. It has a prominent position on a steep bastion at the south west corner of the Acropolis to the right of the entrance, the Propylaea. Athena was worshipped in this form, as a goddess of victory in war and wisdom.
PAVLOS (Dionyssopoulos)