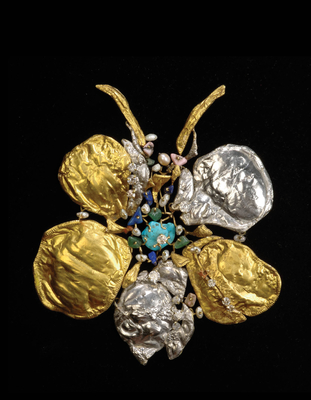 Sotilis was born in Athens and descends from a heroic and aristocratic Greek family that has contributed considerably to the independence of the nation. She studied art at The Academy of Fine Art of Brera, Milan, Italy. At the age of 16, on the occasion of her first solo exhibition at The Gian Ferrari Gallery in Milan, Italy, art critics and historians Luciano Budigna, Raffaele De Grada, Franco Russoli and Giorgio Kaisserlian as well as artists, Renato Guttuso, Ennio Morlotti and Marcello Mascherini noticed her extraordinary talent. Sotilis's international debut took place at The Berlin Museum, where the 18 year old artist was presented by the renowned professor Jannasch, as an enfant prodige. On that occasion Lisa met Alexander Iolas, the world leading art dealer, who immediately offered her an exclusive contract and presented her to all his top galleries in New York, Los Angeles, Paris, Madrid, Geneva, Athens and Rome, among some of the leading 20th century artists such as Andy Warhol, René Magritte, Salvador Dalí, Giorgio de Chirico, Jean Tinguely and Roberto Matta. Salvatore Quasimodo, Nobel Prize winner in Literature (1959), in his book “Visti da Salvatore Quasimodo” (1969 edition) writes of Sotilis: “revelation of the influential power of the Greek myth”. Lisa Sotilis was Giorgio de Chirico's assistant, the only assistant for his large sculpture projects financed by the leading art dealer and collector, Alexander Iolas. She was the only person authorised by the Master of the Metaphysical art movement to retouch his waxes before casting.
Maria PAPACHARALAMBOUS