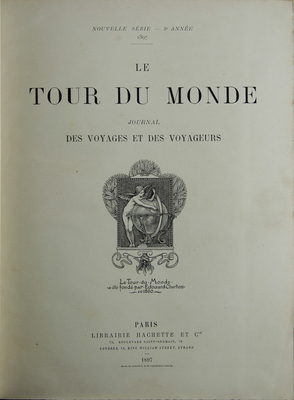 .
PUBLISHER
Librairie Hachette
.
YEAR
1897
.
NOTES
This large volume includes two articles on Cyprus. The first consisting of 24 pages and the second consisting of 36 pages both articles with numerous illustrations.
.
Le Tour Du Monde was a French weekly travel journal first published in January 1860. Its content mainly covered travel and exploration and described in detail most of the great expeditions which marked the end of the 19th century and early 20th century. The magazine originally combined text and woodcut illustrations which were gradually replaced by reproductions of photographs at the end of the 19th and 20th century.