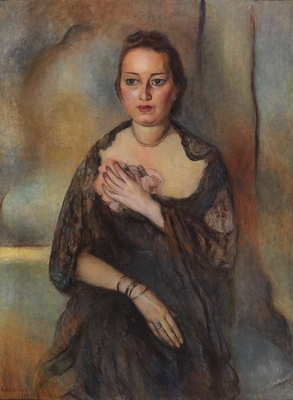 Between 1930 and 1935 she lived in Paris where she studied at the Académie de la Grande Chaumière under André Lhote.

She held many solo exhibitions in Athens and participated in many prestigious group exhibitions such as the 1948, 1957 and 1960 Pan-Hellenic Exhibitions. In 1949 she was awarded the prestigious Arts-Sciences-Lettres medal by the Paris Academy.