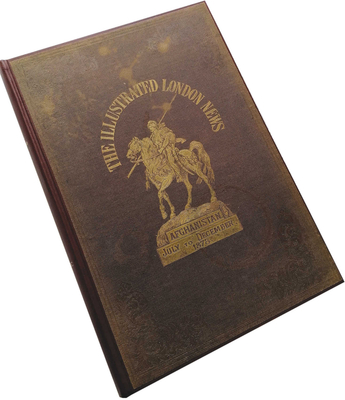 
In particularly good condition with strong bookbinding.
The volume includes the original cloth laid down to front cover, the volume front piece and the index of engravings. Issue No. 2036 July 6th 1878 through to issue No. 2063 Dec 28th 1878, followed by the Christmas supplement December are all present.
This volume covers the period when Cyprus first passed under British rule from the Ottomans in 1878. All 56 Cyprus related engravings including the double page engravings are present and in good condition.
Consists of 620 pages + extra 40 pages of the Christmas supplement
42 x 29 cm
This volume is rare and in this good condition even rarer.