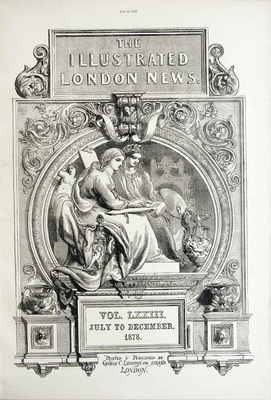 Illustrated London News 1878
In excellent condition with strong bookbinding this volume is complete.

.
The index of engravings, issues No. 2036 July 6th, through to issue No. 2063 Dec 28th 1878, the Christmas supplement December are all present.
Also included is the rarely found large wood engraving titled “The Paris Exhibition: General View of the Trocadero” measuring 31 x 102 cm which was published as a supplement for the Illustrated London News on the 28th September 1878.
.
This Illustrated London News volume covers the period when Cyprus first passed under British rule from the Ottomans in 1878. All 56 Cyprus related engravings including the double page engravings are present and in excellent condition.
.
Consists of 620 pages + extra 40 pages of the Christmas supplement
42 x 29 cm
.
This volume is rare and in this good condition even rarer.