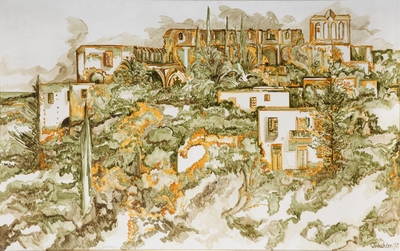 In 1966 Joachim established Bellapais Studio in Bellapais, where he worked and exhibited until 1974 when he was forced to leave after the Turkish Invasion.

In 1975 he graduated from The School of Fine Arts, Athens, and in 1981 was awarded the Post Graduate Diploma in painting, aesthetics and history of art, from the Chelsea College of Art, London.

His work can be seen at: The State Gallery of Contemporary Cypriot Art and in several private collections in Greece, Cyprus, Germany and the United Kingdom.
Takis PARLAVANTZAS