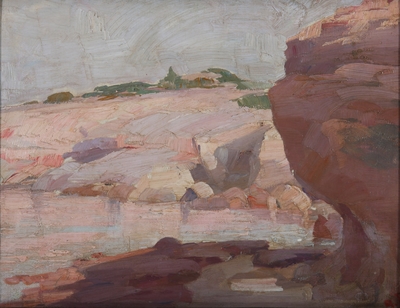 In 1896 he enrolled at The School of Fine Arts, Athens, where he studied painting under Dimitrios Geraniotis, Spyros Vikatos, Georgios Jakobides and Georgios Roilos.

His work belongs to the sphere of academism influenced by both the Munich and the French Schools.

His works are found in many public and private collections, notably: The National Gallery, Athens, The Athens Municipal Gallery, The Leventis Gallery, Nicosia, The Koutlides Collection and The National Bank of Greece.
Polykleitos REGOS