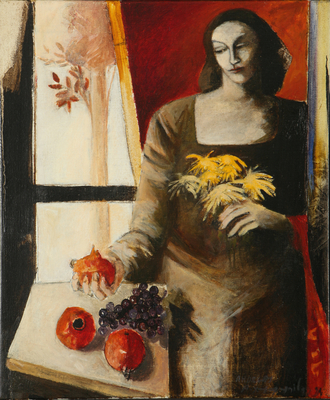 Woman with pomegranates
oil on canvas

His work can be found in many public and private collections in Cyprus and abroad. Notably at The State Gallery of Contemporary Cypriot Art, The Limassol Municipal Gallery, The Paphos Municipal Gallery, The Bank of Cyprus Cultural Centre Foundation, The Central Bank of Cyprus Art Collection and The Archibishop Makarios III Foundation-Cultural Centre.
Nikolaos SANTORINAIOS