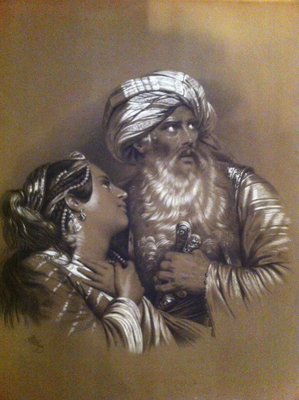 In 1789 the city of Ioannina became the centre of the territory ruled by Ali Pasha, an area that included the entire north-western Greece, Thessaly, and a part of Euvoia and the Peloponnese. Ali Pasha, one of the most influential personalities of the 18th century was of Albania origin. He maintained diplomatic relations with the most important European leaders and his court became a point of attraction for many of those restless minds who were to evolve into major figures of the Greek Revolution (Georgios Karaiskakis, Odysseas Androutsos and Markos Botsaris). In 1821 he was declared guilty of treason and Ioannina were besieged by Turkish troops. Two years later Ali Pasha was executed in the Ayios Panteleimonas church, on Nissi (the island of the lake), where he took refuge, while waiting to be pardoned by the Sultan.
William PAGE